A Physicist Calculates the Viability of Conspiracies 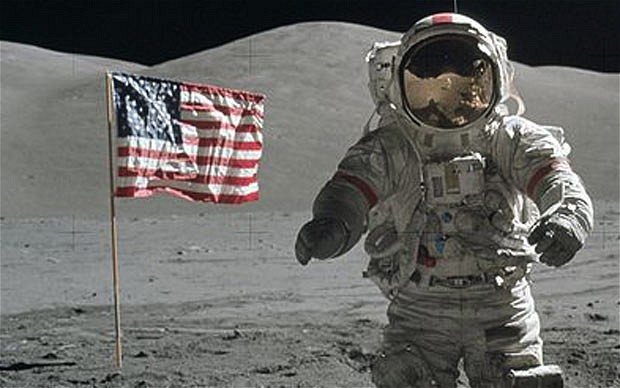 For decades, science-based skeptics have been pointing out one of the most important flaws besetting grandiose conspiracy theories: the sheer number of people who must be involved in the execution of a large-scale conspiracy makes it extremely implausible that such plans would remain secret for long. Conspiracy theorists have never come up with an adequate or convincing counter-argument to answer this sustainability problem (although not from lack of trying). But now conspiracy theorists must contend with hard numbers recently crunched by University of Oxford physicist and mathematician David Robert Grimes that shows with mathematical rigor just how implausible and outlandish their claims really are.

Dr. Grimes’ paper, titled “On the Viability of Conspiratorial Beliefs” and published in PLOS One, exhibits the author’s solid understanding of both popular conspiracy theories and the scientific method. The abstract reads as follows:

Conspiratorial ideation is the tendency of individuals to believe that events and power relations are secretly manipulated by certain clandestine groups and organisations. Many of these ostensibly explanatory conjectures are non-falsifiable, lacking in evidence or demonstrably false, yet public acceptance remains high. Efforts to convince the general public of the validity of medical and scientific findings can be hampered by such narratives, which can create the impression of doubt or disagreement in areas where the science is well established. . . . The theory presented here might be useful in counteracting the potentially deleterious consequences of bogus and anti-science narratives, and examining the hypothetical conditions under which sustainable conspiracy might be possible.

The mathematical model Grimes builds in this paper is essentially a failure probability analysis of grand conspiracies. The model attempts to determine how long a conspiracy could be expected to be sustained before being exposed from within. There is an important distinction to be made between exposure from within and exposure from without. Grimes only takes the former into account. Such internal leaks, he writes, “might be intentional (in the form of whistle-blowing or defection) or accidental (mistaken release of information). We concern ourselves only with potential intrinsic exposure of the conspiracy and do not consider for now the possibility that external agents may reveal the operation” (pp. 3-4). In this, Grimes is being as generous as he can to the conspiracy theorists’ narratives.

Another important distinction at work in this paper is between grand conspiracies and small conspiracies. When us skeptics criticize or debunk conspiracy theories, there is usually no shortage of people who fallaciously accuse us of denying the existence or even the possibility of all conspiracies. But when critics of conspiracy theories use the term “conspiracy,” we are actually referring to the grand type of conspiracy. Small-scale conspiracies involving less than one hundred people certainly are plausible and do in fact happen, and it would be ridiculous for anyone to deny this. Grimes is aware of this, duly noting that “there are numerous historical examples of exposed conspiracies and scandals, from Watergate to the recent revelations on the sheer scale of spying on the online activity of citizens by their own governments. It would be unfair then to simply dismiss all allegation of conspiracy as paranoid where in some instances it is demonstrably not so” (p. 2). But conspiracy theories such as the moon-landing hoax narrative or a cure for cancer being suppressed by the medical establishment are another matter entirely. These are conspiracies that would have to involve far, far more than a mere handful of people.

For his model, Grimes analyzes four modern and prominent conspiracy theories of the grand variety: (1) the NASA moon-landing conspiracy, (2) the claim that climate change is a hoax, (3) vaccination conspiracy, and (4) the conspiracy to hide or suppress a known cure for cancer. Grimes strives to use the most conservative estimates he could, generously assuming the upper limit of conspirator reliability and the lower limit of the number of people involved in the grand scheme. However, these conservative estimates still yield a series of large numbers for these particular conspiracies.

In order to come up with a mathematical model of grand-conspiracy sustainability, Grimes first had to figure out the number of people who need to be in on each of the four conspiracies and then calculate the probability that any one of these people would intentionally or accidentally expose the conspiracy. Grimes comments thus on the difficulty of coming up with numbers that accurately represent these probabilities:

To use the model, realistic parameter estimates are required. In particular, the parameter p, the probability of an intrinsic leak or failure, is extremely important; if p were zero, absolute conspiracy would be maintained, only resolvable by extrinsic analysis. In practice, this is not the case—historical examples show that even in incredibly secretive organizations, there is always some possibility of an accidental or intentional intrinsic leak whether by whistle-blowing or ineptitude. (p. 6)

Grimes calls on data from the following three historical examples of exposed conspiracies to his aid in developing realistic parameters for duration of the plots’ secrecy and the number of conspirators. First on the list is the National Security Agency (NSA) PRISM affair of 2013, in which NSA contractor Edward Snowden blew the whistle on the unprecedented extent to which the NSA was eavesdropping on civilian Internet users. Second is the Tuskegee syphilis experiment: “In 1932 the US Public Health Service began an observational study on African-American men who had contracted syphilis in Alabama. The study became unethical in the mid 1940s, when penicillin was shown to effectively cure the ailment and yet was not given to the infected men” (p. 6). This wholly unethical and clandestinely-executed experiment was finally exposed by Dr. Peter Buxtun in 1972. Finally, Grimes considers the Federal Bureau of Investigation (FBI) forensic scandal of the mid to late 1990s: “Dr. Frederic Whitehurst wrote hundreds of letters to his superiors detailing the pseudoscientific nature of many of the FBI forensics tests. The dubious nature of these protocols resulted in a large number of innocent men being detained for decades, several of whom were executed for these crimes or died in prison, before Whitehurst exposed the debacle in 1998” (p. 6).

Using data from these historical cases to get rough estimates, Grimes’ model results in the following minimum numbers of people who would have to be involved in each of the four extraordinary conspiracy claims analyzed:

These numbers, while large, are likely accurate to within one order of magnitude. Grimes also acknowledges that a case could be made that only a relatively small number of people would have to be in on the conspiracy, but points out that this would not be viable for scientific conspiracies, given the nature of peer-review in the scientific community:

This might potentially be the case for some political or social conspiracies, yet for a hypothetical scientific conspiracy it is probably fair to assume that all agents working with the data would have to be aware of any deception. Were this not the case, fraudulent claims or suspect data would be extrinsically exposed by other scientists upon examination of the data in much the same way that instances of scientific fraud are typically exposed by other members of the scientific community. (p. 11)

Another variable Grimes plugs into his analysis has to do with how the number of people involved in the conspiracies fluctuates over time. For example, one factor that affects the failure probability is the necessity of bringing in new people to sustain conspiracies. This would likely not be necessary for the one-time perpetrations such as the moon-landing conspiracy, but original conspirators for the other three longer-term schemes may either retire or die, making it necessary for new conspirators to take their place. When that curve is calculated and drawn, we find that the conspiracy’s failure probability changes in proportion to what Grimes terms the “extinction rate” of the conspiring party; in the course of 30 to 50 years, the probability of exposure approaches 100 percent. In the case of one-time conspiracy events in which conspirators are not being replaced over time, the probability peaks and then drops off as people die, leaving fewer and fewer people to expose the conspiracy. However, such a conspiracy has very little chance of surviving long enough to go over that peak.

In his own commentary on Grimes’ paper, Dr. Steven Novella remarks that “grand conspiracy theories tend to grow larger and more complex until they collapse under their own weight.” Grimes’ paper makes the same point, but in a highly technical and mathematically rigorous way, showing that as conspiracies grow bigger and bigger, the probability of failure climbs closer and closer to unity (or 1). The number of people that must be involved in initiating and maintaining the conspiracy is so high that sustainability over any long period of time becomes impossible. And again, Grimes’ analysis not only uses maximally conservative estimates, but also covers only the probability of internal exposure. If we take external sources of possible exposure into account (intrepid investigative journalists who are motivated by Pulitzer-Prize stardom, to take the most obvious example), we would likely find that conspiratorial secrecy could not be maintained for more than a few months.

I am a godless skeptic and lover of science. I studied investigative journalism and philosophy at Southern Oregon University, and I am currently writing freelance while in search of a niche. I am a voracious reader, movie buff, and classic rock aficionado.

Read more about me here.